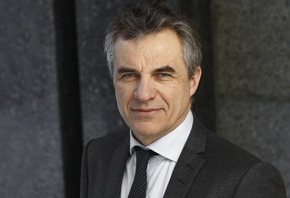 The long and winding road that leads to Iran…

Many of our members have been waiting patiently for the Iran trade to reopen. After years of ever-expanding sanctions and astonishing enforcement action, most of us have grown weary about the possibilities in Iran. The sheer complexity of the subject matter and the multi-jurisdictional aspects of the various restrictions have required constant vigilance for those seriously considering Iran business. For most owners, however, the risk has been greater than the reward.

At the beginning of 2016 there was finally a ray of hope in the form of the implementation of the JCPOA – the nuclear deal between Iran and the major world powers. As a consequence, many of the sanctions provisions were rolled back by both the US and the EU. The US secondary sanctions were effectively removed thereby eliminating the main exposure for non-US persons. The stated intention was to allow trade to recommence. Yet in the shipping segment these good intentions were met with unexpected resistance.

Although potential trading partners have been delisted and have become eligible to do business, there have been insurance and banking related pitfalls. Thus the level of Western shipping activity in Iran has remained low. Owners have been unwilling to put their vessels at risk without having their full insurance package intact and banks have understandably had difficulty “unringing the bell” after having been fined to the tune of USD 8.9 billion (Bank Paribas) for sanctions violations. While the year opened with good reason for optimism, the year ended with the knowledge that the Trump administration’s stated intention was to discard the nuclear deal.

Despite the doom and gloom, there is still reason to mention the positive developments. Some of the hurdles raised previously have been resolved. The shortfall in P&I cover seems to have been dealt with adequately for the 2017 insurance year. Some banks seem increasingly willing and able to handle payments to and from Iran, although fairly strict compliance procedures need to be followed. The counter party risk in Iran is still an issue, but insofar as sanctions are concerned there appear to be reasonable means to avoid contracting with or dealing with listed parties. Deciphering the role of the IRGC (Islamic Revolutionary Guard Corps) remains a challenge, but it should be possible to demonstrate that due diligence has been exercised. In this regard OFAC have issued an FAQ indicating that they will be reasonable. Many of our members have been working hard to set up a sound due diligence regime with a checklist of items to be cleared before giving the green light to fix charter parties. Once the appropriate comfort level has been reached on these items, many owners should be good to go – at least in theory.

Some challenges remain. One such problem is the possibility that dual use goods are shipped. As the name implies such goods although having civilian uses, may also have a military use. Consequently, in some contexts there may be a need for an export license. This is typically a task for the exporter, but there may also be a need for the carrier to look into such requirements. As one will understand, these issues are more difficult to deal with for container and roro vessels due to uncertainty about what cargo is actually on board. For owners of vessels on bareboat and time charters there is natural hesitancy to allow trade to Iran due to the inability to fully control the exposure. Thus, charterer’s requests to include Iran within trading limits are often politely declined. In all segments there is also concern about the so-called “snap back” risk, namely the possibility that the US may re-impose sanctions in case of breach by Iran of the JPCOA conditions. Hence, there is natural reluctance to do long term business. If at all, owners are keen to test the waters with single voyages in the first instance.

While trading to Iran sounds workable in theory, one cannot disregard the elephant in the room. So far Trump has shown a strong desire to follow through on campaign promises. Will he also seek to dismantle the Iran deal or is he going to be so preoccupied with North Korea that he will leave Iran for another day? Or might he listen to the universal call from European countries to respect the deal? The expectation, however, is that we will probably know more about his intentions in coming weeks. While most of the US Iran sanctions’ “architecture” is in place, it is currently suspended by reason of waivers issued by the Obama administration. These waivers, however are only temporary and will reportedly come up for renewal as early as mid-April for some of the legislation. It may therefore be wise for members to sit on the fence a few more weeks before making any major moves.

Whether we like it or not, the twists and turns of the Iran sanctions saga are unlikely to come to an end any time soon.