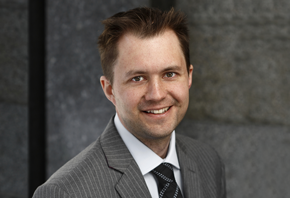 Offshore support vessels (OSVs) typically operate for extensive periods within particular jurisdictions. When moving to a new jurisdiction, problems may arise because of the significant variations between different jurisdictions in requirements concerning crew visas and work permits, as well as other permits, licences, local-content rules etc. For instance, both Brazil and Australia require crews of OSVs operating within their jurisdictions to obtain visas and (in some circumstances) work permits. Clearly delays may occur when obtaining these documents. Who should bear the risk of such delays, owners or charterers?

We recently represented one of our members in a dispute with charterers caused by just such requirements. Because of delays in obtaining work permits and visas for the vessel’s crew, the vessel was unable to perform the services envisaged under the charterparty for a considerable period. Charterers’ claim that the vessel was off hire was disputed by owners and the matter was referred to arbitration.

The facts
The vessel, an offshore construction vessel, was fixed to charterers under a long-term “worldwide” charterparty based on the Supplytime 2005 standard form with some additional clauses. All of the clauses referred to in this article, however, had standard Supplytime 2005 wording. The contract was subject to Norwegian law with disputes to be referred to arbitration in Oslo.

In summer 2009 charterers notified owners that they intended to operate the vessel in Brazilian waters. Accordingly they requested owners to start preparing visa applications for owners’ crew. The members of owners’ crew were not the only members of the vessel’s crew to require visas. In addition to owners’ crew, the charterers would employ their own project-specific crew and there were also the crew of several of their sub-contractors. Charterers had entered into a contractual scheme commonly seen in Brazil whereby the vessel was bareboat-chartered directly from charterers to the Brazilian client while the construction services (including the entire crew) were provided under a separate contract entered into between charterers’ Brazilian affiliate company and the Brazilian client. In order to operate in Brazilian waters for more than 30 days, all non-Brazilian crew members had to obtain Brazilian work permits. Each permit application had to be “sponsored” by a local company. This involved, among other things, confirming that the crew member had sufficient health insurance cover in Brazil and issuing a letter of guarantee. Charterers decided that their Brazilian affiliate would sponsor all members of the crew, including owners’ crew. The first step was to obtain approval for the work permits from the Brazilian Ministry of Work and Labour. Thereafter the Brazilian Ministry of Foreign Affairs was to inform the relevant consulates that the approvals had been granted. This would enable individual crew members to apply for and collect their visas at their local consulates.

Most members of owners’ crew were Spanish nationals, and owners instructed their Spanish manning agents to start making the necessary preparations at the Brazilian consulate in Madrid. Owners, as instructed by charterers’, also contacted charterers’ visa agents in Brazil. These agents were to handle the work permit application process in Brazil on behalf of both owners’ and charterers’ crew.

The application process in Brazil suffered significant delays. Not only was the local sponsor in Brazil slow in submitting the work permit applications, but processing at the Ministry of Work and Labour then took almost two months due to, among other reasons, a lack of staff. In addition, once the work permits had finally been approved in early-to-mid-December 2009, further delays ensued at the consulate in Madrid due to the Christmas holidays. Consequently the vessel’s minimum manning requirements were not fulfilled and the vessel was unable to perform any services in Brazil from mid-December 2009 until mid-January 2010 when a sufficient complement of crew was able finally to embark.

Charterers claimed that the vessel was off hire for 25 days due to “deficiency of crew” and suspended payment of hire accordingly. Owners rejected the off-hire claim and commenced arbitration in Norway in order to pursue their claim for hire. Owners argued that 1) there was no “deficiency of crew”, and 2) it was charterers’ obligation to procure work permits pursuant to Clause 6 (b). The latter clause provides that charterers shall obtain “relevant permission and licences from responsible authorities for the Vessel to enter, work in and leave the Area of Operation”. According to owners, the term “Vessel” in this context had to be interpreted as referring to both the vessel and the crew. To the extent that owners had any obligation to provide visas, they argued that the off-hire incident fell within one of the exclusions in the off-hire clause. Namely, that the vessel had been prevented from working as a result of “any act or omission of the Charterers, their servants or agents” (clause 13 (a) (vi)).

Charterers asserted that owners were responsible for obtaining all permits relating to the crew, while charterers were responsible for permits relating to the vessel. Charterers relied inter alia on Clause 8 (a), which states that owners shall cover “all liabilities for consular charges appertaining to the Master, Officers and Crew”. According to charterers, this had the effect that owners had to cover all expenses of, and bear the risk of any delays in, the work permit and visa application processes. Charterers further denied that the off-hire event was the result of their “act or omission” since, in their view, the Brazilian visa agents were owners’ agents and charterers’ Brazilian affiliate was owners’ sponsor in relation to owners’ crew. If this were the case, the off-hire event could not fall within the exception in Clause 13 (a) (vi).

The parties jointly appointed a single arbitrator who rendered his award following a five-day oral hearing.

After having reached his conclusion on the interpretation of the relevant provisions in the charterparty, the arbitrator considered whether the parties’ conduct nevertheless demonstrated the existence of a common intention whereby owners had accepted partial or full responsibility for obtaining the work permits and visas. Here the arbitrator’s firm opinion was that no such common understanding or intention could be established. Indeed, he found the conduct of the parties to have conformed with the risk allocation provided for in the charterparty. In the arbitrator’s opinion, several facts clearly indicated that charterers had assumed responsibility for the process of obtaining work permits in Brazil. Firstly, charterers’ affiliate company had acted as the local sponsor. Secondly, charterers had appointed, instructed and paid the Brazilian visa agency. Finally, the entire application process in Brazil had been managed by charterers and their servants. Indeed, several important decisions concerning the application process had been made by charterers without even consulting owners.

According to the arbitrator’s interpretation of Clause 6 (b), the charterers also bore the risk for the subsequent process of obtaining visas from the consulate in Madrid. Owners’ duty here was merely to assist and pay consular charges pursuant to Clause 8 (a). The arbitrator held that the parties’ dealings with the consulate in Madrid had been in accordance with this risk allocation.

During the oral hearing, some of the parties’ arguments had referred to, and drawn analogies from, case law concerning a vessel’s “fitness for service”. The arbitrator made some interesting comments in this respect. As a starting point, he noted that owners had a duty to provide a sufficient complement of officers and crew for the vessel to operate within the agreed area of operation. However, the scope of this obligation would depend upon the interpretation of the provisions of the charterparty and the facts of the case. The arbitrator referred to the comments of Hobhouse, J. in The Derby [1984 ] 1 Lloyd’s Rep. 635 and on this basis concluded that owners had complied with their contractual obligation to provide a vessel “fit for service”, even though the vessel for a certain period had lacked the necessary permits and licences for carrying out operations in Brazil. The arbitrator emphasised that the need to obtain work permits had been caused by charterers’ instructions to the vessel to operate in a particular jurisdiction and be employed on a particular project. He also referred to remarks in the standard text book Time Charters, which implied that a vessel would not necessarily be “unfit” if crew changes were needed because of local rules.

The arbitrator then considered whether charterers were entitled to claim off hire for the relevant period. He ascertained that the vessel had been “prevented from working”, referring inter alia to remarks in Time Charters and in the English case The Laconian Confidence [1997] 1 Lloyd’s Rep 139. Furthermore the arbitrator held that there had been a “deficiency of crew”. Here he referred inter alia to English case law (The Illissos [1949] Lloyd’s Rep 82 and The Saldanha [2011] 1 Lloyd’s Rep 187) and remarks in the text book Scandinavian Maritime Law by Falkanger and Bull. Clearly there had also been a loss of time.

Finally the arbitrator considered whether the exclusion in Clause 13 (a) (vi) applied, i.e., whether the vessel had been prevented from working as a result of “any act or omission of the Charterers, their servants or agents”. He noted that there was no requirement of fault on the part of charterers, before referring to his previous finding that the applications to the Brazilian Ministry of Work and Labour, the Brazilian Ministry of Foreign Affairs and the Brazilian consulate in Madrid were charterers’ risk. Despite these previous findings, he noted that Clause 13 (a) (vi) required a separate assessment of whether the loss of time had been caused by charterers’ acts of omissions. Nevertheless, as we shall see, he placed considerable emphasis on the interpretation of Clause 6 (b).

The arbitrator concluded that the loss of time had in fact been caused by charterers’ acts and omissions. There were three grounds for this conclusion. Firstly, it followed from general principles of causation that if charterers had not delayed the final submission of the work permit applications, the visas would most likely have been available at the consulate in Madrid in December 2009. Secondly, it followed from the arbitrator’s interpretation of Clause 6 (b) that charterers bore the risk of any delays in the work permit and visa application processes (in both Brazil and Spain). Finally, the arbitrator held that owners had assisted the application processes satisfactorily and had not caused the delays. Accordingly the exclusion in Clause 13 (a) (vi) applied and charterers were not entitled to suspend hire during the relevant period.

Conclusion
We believe this award is of interest for our offshore members for several reasons. Firstly, there are few court judgments or arbitration awards, either in Norway or in the UK, concerning the interpretation of Supplytime 2005 and, in particular, Clauses 6, 8 and 13. The arbitrator applied a literal interpretation of the relevant provisions and relied to a significant extent on English case law and standard texts. For these reasons we believe that this award should contribute to clarifying the general allocation of risk under Supplytime 2005 under both English and Norwegian law. Secondly, the award to some extent clarifies a more specific question that often arises in “worldwide” charterparties fixed on Supplytime 2005: are risks relating to work permit and visa applications (and, by analogy, various other local requirements) owners’ or charterers’?

Despite this recent award, we would nevertheless advise any of our members who are in the process of entering into charterparties with extensive “areas of operation” (such as “worldwide” or “South Pacific”) to include a provision dealing explicitly with local permits, visas and licences (with regard both to the vessel and the crew), as well as compliance with local-content rules. It is important to ensure that such a provision deals with both risk and costs, i.e., who bears the risk of delay and who should bear the costs of compliance. We would of course be pleased to assist any of our members in drafting such clauses.