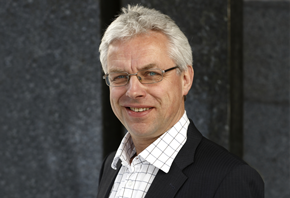 Over recent years there has been a significant increase in focus on making the operation of offshore vessels more energy efficient and environment-friendly. A number of new designs have been developed to improve the vessels’ energy efficiency and suppliers of all kinds of machinery, equipment and even hull painting promise that their products will bring about significant improvements. In Norway the establishment of a NOx Fund has also enabled owners to fund significant improvements to vessels, e.g., the ability to operate on LNG in addition to traditional fuel. More recently, the focus has shifted somewhat from design to operation as operators have realised that significant efficiency gains can be made on the operational side. This drive towards energy-efficient design and operation has been pushed partly by regulatory requirements designed to reduce emissions, but also by high fuel prices.

While innovative developments in this area are mostly of a technical nature, there are also some other factors worth taking into account. OSV owners make their living by chartering out their vessels, raising the question whether the charterparties currently in use for OSVs have the right mechanisms and incentives to encourage the parties to adopt more energy-efficient and environment-friendly options. Apparently this is not the case. A typical OSV charterparty, such as Supplytime 89 or 2005, is a standard time charter whereby owners are compensated by way of a daily hire rate, with charterers providing fuel at their own expense. Charterers are also in most cases responsible for payment of emission-related charges such as NOx taxes. In isolation, this approach provides little incentive for owners to achieve more energy-efficient operation. Moreover, charterers appear traditionally to have paid little attention to such issues. This is now changing. At a seminar on “Green OSV Operations and Design” arranged in London by Lloyds in June 2012, Nordisk gave a presentation on this topic, pointing out the lack of appropriate incentives and mechanisms in existing OSV charters. Below we summarise some of our observations.

In other areas of shipping, we have for some time seen attempts to address the issue of energy-efficient operation. One such mechanism is a “slow steaming” clause, which allows charterers to order the vessel to proceed at reduced speed, reducing fuel consumption and consequently emissions. Under a time charter, this will generally have financial benefits only for charterers. Under a voyage charter, however, while the benefits of lower fuel costs favour the owner, the extended voyage period does not. Accordingly, some mechanism distributing the benefits and costs is called for, such as one providing compensation for increased voyage time less bunkers saved and/or compensation for lost demurrage.

Another mechanism currently in use in voyage charters is the “virtual arrival” clause. This addresses the situation where charterers take the view that there is no need for the vessel to reach a certain port until a certain date and accordingly order the vessel to proceed more slowly. While owners of course benefit from lower fuel consumption, they lose the opportunity to earn demurrage at the port. A virtual arrival clause attempts to deal with this problem by supplying mechanisms to share the burdens and benefits involved.

For various reasons these mechanisms are not so effective in the case of OSVs. This is partly because most OSVs sail only relatively rarely at full speed from one place to another. Instead they may be on standby for significant periods, or involved in activities such as subsea-installation, repair or maintenance or waiting for suitable weather. Moreover, OSVs may well have diesel-electric engines, which tend to reduce the benefits of slow steaming. Accordingly the issue of energy efficiency has to be approached somewhat differently in this sector, given the need to take into account the vessels’ characteristics and typical operational modes.

In response to a DNV initiative, a group of seven major OSV operators in Norway has launched the “Joint Industry Project – Energy Efficient Offshore Partners”. This project aims to “identify, assess and describe opportunities for the offshore vessel industry to operate with improved energy efficiency and lower emissions”. During Phase 1 of the project, the participants analysed the operation of their own fleets. A preliminary report identified a number of areas with potential for improvement and put the overall improvement potential at 15.2 %. The project has now progressed to Phase 2, in which a number of significant charterers are also participating.

Recommendations made so far by the project include: the issuance of best practice guidelines; the implementation of an appropriate incentive scheme; and the inclusion of energy-efficiency clauses in charterparties. There are clearly some challenges in relation to measuring improvements in efficiency and one possible solution is to focus on behaviour rather than measurable effects, e.g., frequency of hull-cleaning, propeller polishing and so on. In our view, there is reason to believe that such schemes will gradually become a regular feature of OSV charterparties.