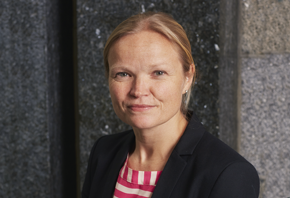 Two awards handed down last year illustrate the challenges faced in relying on force majeure provisions. Both matters involved contracts for hiring of rigs. In one matter, the oil company invoked the force majeure clause as basis for termination, while in the other matter the rig owner invoked the clause as a defence against the oil company’s termination for non-performance. The two matters demonstrate that relying on a force majeure clause comes with some challenges.

Force majeure as a defence to termination

In a matter before the Oslo City Court, an oil company had terminated a contract for chartering of a rig after a wave hit the rig and caused substantial damage, forcing the rig to be towed to the yard for repair. The rig was away from the field for repairs for about 55 days. As a consequence, the oil company terminated the contract under a provision in the contract that permitted the company to terminate if the rig was unable to perform the work or delayed due to circumstances for which the rig owner was responsible, and the rig owner failed to complete remedial or corrective action within 30 days from the occurrence of such default. The rig owner argued that the wave that hit the rig was a force majeure event, which would give the rig owner 60 days to repair the rig before the company could terminate, and that the company’s termination on the basis of the rig not being repaired within 30 days was wrongful.

As the definition of force majeure in the contract was similar to the definition found in the Norwegian NF/NTK contracts for oil and gas projects, and also in some vessel contracts for oil and gas projects, the court’s reasoning may make it difficult for rig owners/contractors to argue that bad weather constitutes force majeure, as all weather within the design criteria will be considered to be within the rig owners/contractor’s control and foreseeable.

It may be of interest that the court did find that the oil company’s termination was wrongful, even though not on the basis of the force majeure argument made by the rig owner. As mentioned above, the company had invoked its right to terminate “if Contractor [the rig owner] is unable to perform the Work or if progress of the Work is delayed due to circumstances for which Contractor [the rig owner] is responsible.” The court found that in order for the company to be entitled to terminate on this basis, the rig owner’s inability to perform must be caused by something the rig owner was responsible for; the inability must have been caused by faulty design or construction. The court held that the rig was designed and built in compliance with all applicable regulations and that there was no faulty design or construction. It was not relevant that new regulations were introduced after the incident, addressing the design practice that was believed to be the reason for the rig’s failure to withstand a wave that was within the design criteria.

Force majeure as a reason for termination

In a matter heard by the English courts last summer, an oil company terminated a long-term contract for the hire of a drilling rig due to alleged force majeure. The facts of the case were rather peculiar: two circumstances in particular contributed to the company’s termination of the contract.

The rig was used for drilling on two different oil fields located offshore from Ghana and Côte d’Ivoire. The first event that contributed to the company’s ultimate termination of the contract was a dispute that arose between Ghana and Côte d’Ivoire about the location of the offshore border between the two countries. If Côte d’Ivoire were right, the field where the rig was drilling was located in the waters of Côte d’Ivoire. The two countries referred the border dispute to arbitration at the International Tribunal for the Law of the Sea (ITLOS) under the UN Convention on the Law of the Sea. In April 2015, the tribunal issued a provisional-measures order requiring Ghana to take all steps to ensure that no new drilling took place in the disputed area until the dispute was resolved. Ghana sent a copy of the provisional-measures order to the oil company in May 2015, inviting the company to take appropriate steps to ensure compliance with the order from the tribunal. In June 2015 Ghana confirmed to the company that spudded wells could be completed, but no new wells could be spudded. It was expected that the last well in this particular field would be completed in September 2016.

The second contributory event arose when the turret of the FPSO, used at the other field where the rig was intended to operate, experienced technical difficulties in February 2016. As a consequence of the problems with the FPSO, Ghana was unwilling to approve the plan for development for this field, where the company had planned to commence drilling in October 2016. As a consequence, the rig could not be used to drill and complete wells at this field for the period from October 2016 until the contemplated end of the contract in 2018, as the company had intended.

The contract contained a force majeure clause, which stated that neither party was “to be responsible for any failure to fulfill any term or condition of the Contract if and to the extent that fulfillment has been delayed or temporarily prevented by an occurrence … [of] Force Majeure.” Force majeure was defined as a list of events, which included “drilling moratorium imposed by the government”. The company could terminate the contract if a force majeure condition prevailed for a period of 60 consecutive days.

In March 2016, the company notified the rig owner of “events which may result in Force Majeure…. which may prevent Work from being performed in Ghana.” In its letter, the company referred to both the provisional-measures order from the arbitration tribunal as well as to the government’s rejection of the plan for the second field following the FPSO incident. The company maintained that both events individually and cumulatively might prevent work from being performed in Ghana and if unresolved would result in the cessation of drilling activities in early October 2016.

The court agreed with the company’s view that the provisional-measures order sent by the Ghanaian authorities in May 2015 constituted a drilling moratorium, despite objections from the rig owner that the letter did not contain an explicit order from the government to suspend drilling on the relevant field. The court discussed the exact timing of when the moratorium began – was it in May 2015, when the letter was sent from the Ghanaian government, or in October 2016, when all the wells on the first field was completed? The court rejected the argument that the moratorium began only in October 2016, when it first had an effect on the use of the rig in question. Instead, the court held that the moratorium was imposed in May 2015 with direct effect. The fact that the moratorium did not prevent completion of the wells and therefore did not affect the drilling program for the rig did not change this. A further question for the court was whether the oil company had failed to fulfil a term or condition of the contract within the meaning of the force majeure clause. This was confirmed by the court by way of reading into the contract that if the company intended to institute a drilling program, but was prevented from doing so because the government imposed a drilling moratorium, the company could say that it had failed to fulfil a term of the contract.

The crucial question in this matter was the cause of the company’s inability to institute a new drilling program in October 2016. The company argued that the drilling moratorium was the cause, while the rig owners argued that the only effective cause was the government’s failure to approve the plan for the second field where the rig was scheduled to work. In the alternative, the rig owner argued that if the moratorium was one of two effective causes, the company could not assert force majeure because the moratorium had to be the sole cause.

It is also worth bearing in mind that the company’s interest in starting up the second field had been diminished following the drop in oil prices prior to 2016, and that the company did not pursue government approval as actively as it might have done had market conditions been more favourable. With spare rig capacity in the region, one may question whether the company looked at the moratorium and the delay in obtaining approval for the drilling on the second field as a welcome opportunity to get out of the contract.

These two cases illustrate not only the difficulties in relying on force majeure clauses, but also the importance of ensuring that contracts include a proper early termination fee, as companies may be forced to rely on the right to terminate early for convenience when it proves difficult to rely on force majeure or other provisions.