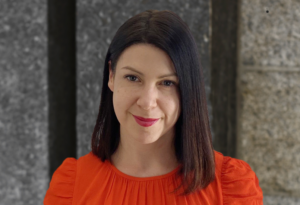 Off the back of 2020, it comes as no surprise that the global demand and supply graph for 2021 reveals an imbalance in the favour of demand.  There are various reasons for this – interrupted trade routes and Covid-19 related delays, to name a few.

One of the consequences of this imbalance, is the rise in freight rates seen across a number of sectors of the market.  Whilst the up-turn is undoubtedly welcomed, it brings with it numerous disputes for us to assist our Members in resolving.  Charterers are frequently trying to hang onto vessels which were chartered in when the market was low, for as long as possible.  Conversely, owners are keen to get their vessels back so they too can have their share of the rising market pie.

Against this background, we summarise the typical areas of disputes encountered by our Members and provide some practical tips on how Members can protect themselves when faced with such disputes and in the future.

What is late?  Under a time charter, the charterer is obliged to redeliver the vessel at the end of the agreed charter period.

Typically, the agreed charter period will be qualified by the word “about” (as at line 14 of the NYPE ’46 form), in which case a margin will be applied.  The exact length of the margin will be determined on a case-by-case depending upon the factual circumstances in question, including the length of the charter. For example, in “The Democritos” [1976][1] the tribunal applied a 5-day margin to the otherwise firm period of “about 4 to 6 months”.

Similarly, where the charter is for a fixed duration e.g. “6 months” or “until 31 December 2021”, the English Courts have generally been willing to imply a reasonable tolerance, in recognition of the fact that it is difficult for a charterer to calculate the exact date when a voyage will complete.[2] Such tolerance is likely to be similar to that applied for “about”.

Where, on the other hand, a firm period has been agreed which already has a tolerance margin built in (e.g. “6 day +/- 15 days CHOPT”) the charterer must redeliver the vessel prior to the expiry of the agreed period, and no additional tolerance will generally be applied.[3]

In addition, if a charter period is expressly defined in terms of a maximum period (e.g. “2 months minimum, 3 months maximum”), the English Courts will again not apply any further tolerance.[4]

Charterers also have a duty only to give legitimate voyage orders, which can reasonably be expected to be completed within the charter period.

This duty is a continuing one, so even if an order is legitimate at the time when it is given, it can subsequently become illegitimate if there is a change of circumstances which would result in the Vessel being delayed past the end of the relevant charter period.[5]

To address this last voyage concern, some charters incorporate express clauses which either absolve charterers of liability for damages if their final voyage exceeds the charter period (see clause 19 of the Shelltime 4 form, also “The Ambor” [2000][6]), or render lawful orders which cannot be completed within the agreed charter period.

If charterers do give an illegitimate order, owners are entitled to refuse to perform and insist upon fresh orders.  In the event that charterers persist in refusing to provide legitimate voyage orders, such conduct may be regarded as repudiatory, thereby entitling owners to bring the charter to an end and claim damages.[7]

If, on the other hand, owners unequivocally elect to follow charterers’ orders despite knowing that they are illegitimate, they will still be entitled to claim damages. However, they will not be permitted to subsequently change their mind and refuse to perform.[8]

If a vessel is redelivered late however, then in addition to the payment of hire at the charter rate, owners will also be entitled to claim damages at the market rate for the duration of the overrun i.e. the period between the last date on which the vessel could lawfully have been redelivered and when she was actually redelivered.[9]

Alternatively, if there is no available market, owners will be entitled to claim damages which would put them back in the same financial position as if the vessel had been redelivered in accordance with the charter terms.

In certain limited circumstances it may also be possible to claim damages for other losses arising out of the vessel’s late redelivery. For example, if at the time when the original charter was entered into, owners brought the laycan of the vessel’s next fixture to charterers’ attention, charterers may be answerable in damages for any losses incurred as a result.  On the facts however this is unlikely to apply in most cases.[10]

The following are some key practical points for both owners and charterers to bear in mind when approaching these types of issues:

For example, it will be in charterers’ interests to stipulate some sort of tolerance (e.g. “About 60 days”) and/or incorporate a last voyage clause.

On the other hand, an owner wishing to discourage late redelivery in order to safeguard the performance of a lucrative or important subsequent fixture, should consider expressing the charter duration in maximum terms (e.g. 4-6 months maximum).  If, in addition, the owner puts charterers on notice of the subsequent fixture at the time of entering into the charter, this may improve owners’ position on damages as well as discourage charterers from giving voyage orders which might risk a late redelivery.

A Right to Add Off-Hire?

Recently, we have also seen several disputes concerning charterers’ entitlement to extend the charter by adding off-hire to the charter period.  As a matter of English law at least, adding on off-hire is only permitted if the parties have expressly agreed terms to that effect (see e.g. Clause 1(c) of ExxonMobile Time 2000).

Where such a right is incorporated, then the charterers will generally be entitled to the benefit of the additional period permitted, on top of any contractual tolerance to the charter period e.g. +/- 15 days.[11]

The most common issue in dispute tends to be the more fundamental question of whether or not the Vessel was, in fact, off-hire during the period in question. Given that this generally turns upon the underlying facts and/or the wording of the off-hire clauses, such disputes are often not easily resolved.

One way to get around the issue of whether or not the vessel was off-hire, is to expressly stipulate in the extension clause that only undisputed off-hire is to be added.

In addition, owners may consider it beneficial to insert a requirement that charterers must give notice of their intention to add permitted off-hire periods to the charter period within a particular time frame after either the occurrence of the off-hire or before the firm period expires (e.g. 1 month). This would achieve greater certainty for both parties and assist owners in planning the vessel’s future employment.