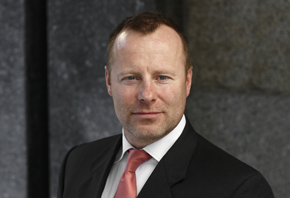 The buyer is nevertheless obliged to sign the MOA within a reasonable period of time and where they fail to do so, the sellers are entitled to accept the buyers` failure as a repudiation of the contract, treat the contract as coming to an end and claim the losses flowing from the repudiation.

Is the deposit a recoverable loss?

What are the losses?  Can the sellers claim damages equalling the deposit, even if their losses are less than the deposit?  The starting point is yes –  in “The Blankenstein” [1]  the Court held that the sellers would be entitled to damages for the buyers` failure to sign the MOA and those damages must include the value of the right to recover and retain the deposit itself, hence the damages included the full deposit payable.

“The Blankenstein” was cited with approval by the Court of Appeal in the more recent case of “The Griffon”[2]  which involved a Saleform 1993 MOA.  In “The Griffon”, the MOA had been signed but the deposit was not paid within three days of signing as had been agreed under clause 2.

Clause 2 provided; “Buyers shall pay a deposit within 3 banking days after this Agreement is signed by both parties and exchanged”, which wording is essentially identical to clause 2 of Saleform 2012. The central issue in “The Griffon” was how much compensation the sellers were entitled to under clause 13 of the MOA, given the buyers` admitted failure to pay the deposit on time.

The Court of Appeal emphasised that the buyers’ obligation to pay the deposit in clause 2 was as; “security for the correct fulfilment” of the MOA. They also described it as an “earnest of performance” and held that the sellers’ right to receive the deposit was “unconditional”. As such once the MOA had come into effect, they found the sellers were automatically; “invested with an accrued right to sue for the deposit as an agreed sum forfeitable in the event of failure by the buyers correctly to fulfil the agreement”.

The presumption was that neither party intended to abandon any remedies for its breach, such that clear words had to be used in order to rebut that presumption.  The Court held that the first limb of clause 13 (which was drafted in identical words to clause 13 in Saleform 2012) did not include any such clear express words intended to deprive the sellers of their accrued right to sue for the deposit.

The Court held that the word “compensation” in clause 13 was wide enough to embrace the deposit which had not been paid.  The Court of Appeal held the sellers were entitled to this amount, even though the deposit exceeded the amount of actual loss they may had suffered.

Do contact us if you have any queries arising in relation to this issue or the Norwegian Saleform 2012 more generally and don’t forget that Nordisk also has a Transactions Group to assist Members (and non-members) with asset or share based transactions, along with all aspects of financing.