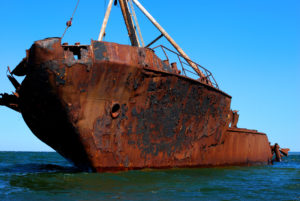 Attached is a memo from our correspondent lawyer Markwin Wattel of DOCK Legal Experts in Rotterdam about the 15 March 2018 decision in the Seatrade case.

The court held that EU regulations on export of waste had been violated by the sale of four reefers to India for beaching in 2012. It was held that the vessels were «waste».

The court held the violations called for a prison sentence, but settled for fines and a 12 month ban from being involved in shipping because it was the first case.