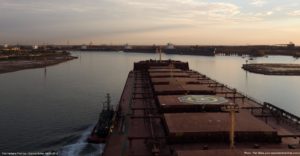 A working group has issued a proposal for a new Norwegian Ports and Harbors act, to replace the current act of 2009.  The proposal includes abolishing the Approach Fee (anløpsavgift), which is a fee charged to ships.

Nordisk welcomes the proposal, as we view the fee as unnecessarily costly and bureaucratic. The fee was proven to have been overcharged by about 400 % in a court case against Geiranger port in 2015, where Nordisk successfully represented Hurtigruten (including in the Norwegian Supreme Court). Kristiansund port has subsequently been found to have overcharged shipowners by about NOK 26 million over a few years.