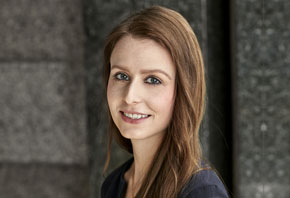 Do You Think Your Norwegian Arbitration Is Confidential?

The preparatory works also support this interpretation and suggest that this approach allows the parties to model the duty of confidentiality to suit their needs and the specific dispute. Furthermore, the preparatory works also state that a mere reference to a confidentiality clause in the parties’ commercial contract is insufficient, but no specific reasoning is presented to support this statement.

It is thus certain that a general confidentiality clause contained in the parties’ commercial agreement – without any reference to arbitration proceedings – is insufficient to establish an obligation to keep the arbitration confidential. This may come as a surprise but is undisputable based on the wording of the Act and its preparatory notes.

However, legal scholars[2] disagree on whether the wording of the Act and the preparatory works are to be read stringently; requiring the parties to agree to confidentiality after the proceedings have been initiated, or if a duty of confidentiality in the arbitration clause itself is sufficient. The latter opinion is perhaps a more practical and commercial approach. Some scholars fear that the parties may have divergent interests when it comes to confidentiality after a dispute has risen, and that one party may use this as leverage in the on-going proceedings. It is, nonetheless, not a strong argument against deviating from the plain reading of the wording of the Act and the preparatory works.

As a final remark, commercial players may rest assured that arbitrations governed by English law are confidential, as confidentiality is an implied term covering both the parties and the arbitral tribunal under English law.[4]

[1] The Norwegian Arbitration Act section 5 para. 2.
[2] See Geir Woxholth, Taushetsplikt og offentlighet i voldgiftsprosessen, Festskrift til Erik Magnus Boe 2013 s. 382-404 and Helge Jakob Kolrud mfl., Voldgiftsloven. Lovkommentar, § 5. Taushetsplikt og offentlighet, Juridika, Borgar Høgetveit Berg mfl., Voldgiftsloven med kommentarer, Oslo 2006, s. 96, and Ristvedt and Nisja, Voldgiftsloven og tvister i forretningsforhold Tidsskrift for forretningsjus 2005 s 3-36 – (TFF-2005-3) s. 34.
[3] Alternatively, by a general reference to institutional arbitration rules containing a duty of confidentiality.
[4] There are some limited exceptions, such as for example, where disclosure would serve public interest or in the interests of justice, or where there has been a challenge to the award.