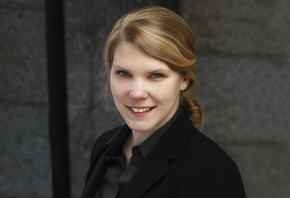 Many Nordisk members are already impacted, or will be impacted, by the war started by Russia against Ukraine.

Sanctions are continually being implemented or updated by the E.U, U.K., and the U.S in addition to the sanctions already in place. Sanctions implemented to date, while complex, have fortunately been closely coordinated between these three entities so that their sanctions regimes largely mirror each other. It will become critical to understand the scope of such sanctions and particular focus should be placed on identifying the identities of contractual counterparts, and checking them against the various entity lists promulgated by the EU, UK and US. The origin and destination of all cargoes is also now relevant, in addition to the type of cargo being carried, given the sanctions in place to curtail trade with Crimea and the Donetsk and Luhansk regions of the Ukraine.  Members should note that grains, oil and gas exports from Russia have thus far not been targeted.

Our offshore members should be prepared for expanded sanctions impacting work conducted in Russia.  Sanctions already in place generally limit the export of energy related goods or services. There may be further designations of entities and individuals operating in the offshore sector.

A critical question for most members will also be to determine whether a particular port is safe and/or whether sanctions apply to contemplated contracts. We have advised on the safety of calling at various different ports in Russia and Ukraine over the past few days and while there are significant risks posed by calling at Ukrainian ports, many Russian ports are still operating as normal. Members are encouraged to seek input from local agents, war risk insurers, and flag states, when conducting a risk assessment of any Ukrainian or Russian port.

In connection with fixtures, members should ensure that they have included safe port warranties and have incorporated the latest versions of the war clauses, CONWARTIME 2013 and VOYWAR 2013, as well as comprehensive sanctions clauses such as the BIMCO Sanctions Clauses for Time or Voyage Charter Parties 2020.  Nordisk aims to publish a more in-depth article in the coming days discussing war risk clauses, sanctions clauses, and safe port warranties; for which please also refer to the Nordisk LinkedIn profile and our web page for further updates as these issues develop.

Members are reminded that Nordisk has the resources and capacity to conduct entity sanctions checks and KYC risk evaluations, in addition to any general queries or specific concerns regarding, sanctioned cargoes, insurance cover, or calls at Russian or Ukrainian ports.  Any such inquiries can be directed to sanctions@nordisk.no or post@nordisk.no