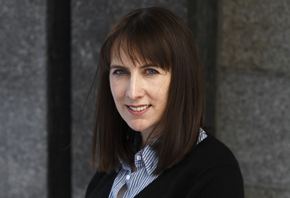 THE ETERNAL BLISS – DAMAGES AND DEMURRAGE

The High Court provides an answer to the long-standing question of when damages for delay in failing to load or discharge cargo within the permitted time can be claimed in addition to demurrage.

Demurrage represents a liquated rate of damages due to an owner where the charterer has in breach of the charterparty, failed to load or discharge the cargo within the permitted time.  It has thus been argued that unless a separate breach of charterparty is established, where a charterer fails to complete cargo operations within the required laytime, the owner is only able to recover  demurrage for the delay incurred.

The contrary view was that damages could be claimed in addition to demurrage without  establishing a separate breach if the owner could prove a separate type of loss that was not connected to the owner’s loss of the vessel as a freight earning chattel.

In the Eternal Bliss, the Judge agreed with the latter view and held that an owner could recover damages in addition to demurrage without having to establish a separate breach, provided he proves a separate type of loss.

The case concerned the carriage of a cargo of soybeans from Brazil to China pursuant to the terms of an amended Norgrain form under which demurrage was payable if laytime was exceeded.  Owners tendered NOR on 29 July, but due to congestion and a lack of storage space for the cargo, discharge was delayed for 31 days.  During discharge, the cargo was found to have been damaged by mould and caking and a claim for cargo damage was brought by the receivers.   Owners settled the claim for USD 1.1 million and sought to recover the same from Charterers as damages for Charterers’ breach in failing to discharge the cargo within the permitted time.  Charterers argued that Owners’ sole and exclusive remedy for the breach was demurrage.

The Judge began by analysing the nature of demurrage and what it sought to liquidate.  After reviewing the authorities, Andrew Baker J held that demurrage quantifies an owner’s loss of use of the vessel and thus his opportunity of earning freight under future employment for the delay incurred as a result of a charterer failing to complete cargo operations within the required time.

Since the loss the Owners were claiming in this case was a different type of loss, not related to their loss of the use of the vessel for future employment, they were entitled to claim damages notwithstanding the only breach alleged was the Charterers’ failure to discharge within the permitted laytime.

It is logical that an owner should be able to recover damages for losses it sustains outside those losses which the demurrage regime covers and irrespective of whether any separate breach is established and the decision will clearly be helpful to any owner who, due solely to delay in cargo operations,  is exposed to a cargo related claim.

However, from an FD&D point of view, the Eternal Bliss is unlikely to allow an owner’s claim for damages in addition to demurrage in the vast majority of claims we receive, where for example damages are claimed for detention because the market rate far exceeds the demurrage rate agreed (even if a separate breach is established) or where the owner loses a follow on fixture as a result of delay in completing cargo operations.  In those cases, the owner’s remedy remains limited to demurrage.

Permission to appeal has been granted.