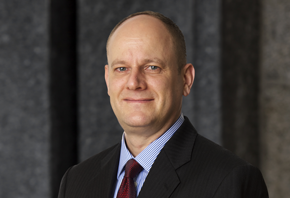 On 7 August 2019, a new UN convention was signed in Singapore, the "UN Convention on International Settlement Agreements Resulting from Mediation". It will now be known as the Singapore Convention.

Like the New York Convention on which it is modelled, the Singapore Convention is concerned with resolving cross-border commercial disputes. It addresses a perceived lack of enforceability of mediation outcomes. In a recently published study, the ability to enforce outcomes (court judgments, arbitration awards, mediated settlement agreements) was the top most consideration for both in-house and external lawyers when deciding how to resolve cross-border commercial conflicts.[2] The Singapore Convention will enable disputing parties to enforce mediated settlement agreements across borders.

International arbitration and mediation are often chosen to resolve cross-border commercial disputes in order to avoid having to submit to the national courts of one of the parties. Of course, this can also be avoided by choosing the courts of a trusted third country, such as England or Singapore. What makes arbitration more attractive than litigation in court is that international arbitration awards are more easily and widely enforceable under the New York Convention than national court judgments.

As for mediation, arbitration is stated to be preferred in cross-border disputes because settlement agreements which result from mediation cannot simply be enforced like an arbitration award. If a party to a mediated settlement later changes its mind, the other party has to take it to court for failure to perform the agreed settlement, often in the defaulting party’s home jurisdiction. This is more of a perceived than a real obstacle because most mediated settlements are performed, simply because the parties made the effort and agreed to settle their dispute. Parties chose for their own reasons to compromise rather than continue fighting, and to settle on their own mutually acceptable terms rather than on the terms imposed on them by the decision of a judge or arbitrator.

In arbitration, parties agree to refer their disputes to one or more arbitrators who make a decision in an award based on the applicable law, under the procedural law of the place where the arbitration is seated. While the arbitration process is flexible, it often uses key features of the local court process. An arbitration can be costly but there is value in getting an arbitration award that is not just binding on the parties but can be enforced with relative ease in New York Convention countries. In contrast, mediation is a process of assisted negotiation to resolve disputes, which allows parties to find and agree creative solutions with the help of a trusted third party mediator. The mediator’s role is not to decide but rather to facilitate discussions between disputing parties to arrive at a mutually acceptable solution. The mediation process is very flexible and usually much less costly and time-consuming than litigation and arbitration. The parties remain in control of the outcome because mediation is not binding unless and until the parties agree terms of settlement. This is where the Singapore Convention comes in. It aims to provide an internationally accepted regime for the enforcement of mediated settlement agreements and thus to remove the main stated reason why arbitration is chosen over mediation in cross-border dispute resolution.

The Singapore Convention has its own website,[3] with links to the Convention text and background materials,[4] and this clear outline of the key features: [5]

The Convention has generally been welcomed but has met with some criticism. Some commentators have cautioned that mediation, as an inherently informal and flexible process, should not become preoccupied with enforceability concerns imposed through application of the Convention. In particular, concerns have been raised about how to prove that a settlement agreement resulted from mediation and how to maintain the confidentiality of mediation in enforcement proceedings, such as when a court has to consider whether there is sufficient evidence of a serious breach of standards applicable to the mediator or the mediation.[6]

However, these concerns regarding the scope and limits of the Singapore Convention are likely to turn out to be more apparent than real, not least since mediated settlement agreements can only be reached with the active participation and express consent of the parties involved.

The Singapore Convention is a welcome addition to the range of international instruments for the enforcement of judgments, awards and settlement agreements arising from cross-border commercial disputes.[7] In due course, it will give parties a wider choice of enforceable dispute resolution methods.

[7] In addition to the 2005 Hague Convention on Choice of Court Agreements and the 1958 New York Convention on the Recognition and Enforcement of Foreign Arbitral Awards.