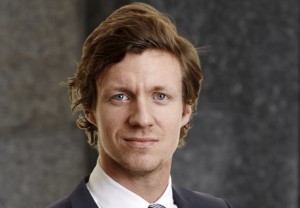 Vessel recycling – the impact of the EU Ship Recycling Regulation

A study done by the NGO “The Shipbreaking Platform” revealed that of a total of 835 ships that were dismantled in 2017, 543 were broken on tidal beaches.[1] Most of these ships would be regarded as hazardous waste and therefore subject to stringent regulations. Beaching vessels at sub-standard facilities in South East Asia will typically amount to a breach of various regulations thereby exposing Owners (and potentially their directors and officers) to both civil and criminal liability, as well as negative media attention.

On 20 November 2013 the European Parliament and the Council of the European Union adopted the “Ship Recycling Regulation” (“SRR”). Its purpose is to reduce the negative impact linked to the recycling of ships flying the flag of an EU Member State. The SRR is yet to fully enter into force, but will do so at the latest on 31 December 2018.

In this article we take a closer look at the SRR and the consequences it will have once it is in force. [2]

During recent years the attention paid to how vessels are recycled or demolished has increased. This is evidenced by increased attention from NGOs and governments that enforce applicable regulations, as well as from investors and stakeholders in ship owning companies.

In February 2017, the vessel “Harrier” was arrested in Norway after the owners attempted to sail for Gadani, Pakistan to scrap the vessel. The Norwegian authorities were initially presented with what later turned out to be a false contract for repairs in Oman, and therefore approved the export of the vessel.

While attempting to leave Norway the vessel suffered engine problems and had to be salvaged by the Norwegian Coast Guard. Following the salvage effort, the local police discovered that the vessel was in fact destined for demolition in Pakistan.

The “Harrier” has remained under arrest and will not be allowed to leave until the Norwegian authorities are presented with documentation showing that the vessel will be recycled in accordance with Norwegian law – based on the EU Waste Shipment Regulation (“WSR”).

Also noteworthy is the recent development from The Netherlands where three executives from Seatrade are facing criminal charges following the sale of four reefer vessels for scrapping in India, Bangladesh and Turkey back in 2012. The public prosecutor in The Netherlands has called for jail sentences for the three executives in criminal proceedings which were concluded on March 15.[3] In the judgment that was handed down that day, the Rotterdam District Court sentenced two of the executives that were found guilty in violation of the WSR to a fine of EUR 50,000 and a ban from being professionally involved with a shipowning company or a related company for a period of one year. The companies within the Seatrade group that were found guilty were sentenced to fines in the range from EUR 100,000 to EUR 750,000. At the date of this article, it is likely but unknown whether the case will be appealed.

At the outset it is important to understand the relationship between the SRR and the existing WSR. It follows from Article 32 of the SRR that it shall apply from the earliest of either (i) 6 months after the date that the combined maximum annual ship recycling output of the ship recycling facilities included in the “European List” constitutes not less than 2,5 million LDT, or (ii) 31 December 2018. The EU published the European List on 19 December 2016, but the total output in these facilities has yet to reach the necessary 2,5 million LDT. Therefore, only part of the SRR is currently in force, being the part dealing with how yards shall apply and be included in the European List (articles 13 – 16). Also, worth noting is that Article 5 (2) second subparagraph is applicable, setting out that vessels that are going for recycling shall “as far as practicable” have onboard an Inventory of Hazardous Materials.

Whilst awaiting the SRR, the WSR continues to prohibit export of both hazardous waste and regular waste to non-OECD countries by reason of incorporating the provisions of the Basel Convention, with certain extensions. [2] The scope of application of the SRR and WSR is not identical, such that the WSR will in certain circumstances be applicable even after the SRR enters into force.

Applicability of the SRR and the WSR

Article 12 of the SRR imposes a requirement for vessels flying the flag of a third country to have onboard an inventory of hazardous materials, compliant with Article 5 (2).

Contents of the SRR

Upon its entry into force, the SRR will impose important restrictions with regard to how vessels flagged in an EU Member State may be recycled. The most important restriction is that only certain pre-qualified yards can be used when deciding to recycle the vessel. As per Article 6 (2) (a), the owner of the vessel is required to ensure that a vessel sent for recycling is only recycled at “ship facilities that are included in the European List”. The European list, as published on 19 December 2016, only contains 18 yards located in the EU Member States. Yards located outside the EU may also eventually be included, provided that they fulfill the requirements as laid down in the SRR. [4]

Yet another important requirement following the SRR is the necessity to carry onboard the vessel an “Inventory of Hazardous Materials” (“IHM”). Under the SRR, the requirement is strict for new vessels, whilst in the case of existing EU flagged vessels the IHM must be on board latest on 31 December 2020.[5] New vessels are defined as either (i) vessels for which the building contract is entered into after the date of the SRR becomes applicable, (ii) in the absence of a building contract, the keel is laid six months after the date of the SRR becoming applicable, or (iii) the delivery takes place thirty months or more after the date of the SRR becomes applicable. Any vessel that is covered by the SRR will nonetheless need to have on board an IHM when she is headed for recycling – this requirement is also strict and will apply regardless of the vessel’s age.

Important to note for vessels not flying the flag of an EU Member State is that the requirement of having onboard an IHM is also extended to ships from third countries that call at ports or anchorages in EU Member States, with compliance required from 31 December 2020.[6]

Relevance of WSR after SRR enters fully into force

The classification of the vessel as “waste” is the decisive point under the WSR. The WSR has general applicability to “waste” and is defined as “… any substance or object … which the holder discards or intends or is required to discard.” It is thus sufficient that the object is intended to be discarded by the owners. A vessel will therefore be regarded as waste under the WSR once her owners have formed the intention to discard her. The example of the “Harrier” illustrates that the Norwegian authorities are enforcing the regulations based on evidence of the owners intention to discard the vessel. In the Seatrade-case, the Rotterdam District Court held that the intention when the relevant vessels left Europe was to dismantle the vessels in India, and the fact that three of the four vessels ended up in a different country was not decisive.

The Hong Kong Convention and its relevance

In March 2018, only Norway, Congo, France, Belgium, Panama and Denmark have acceded to the Convention.[7]

A common misunderstanding seems to be that if a yard is reported as in compliance with the Hong Kong Convention, then recycling at the said yard may not represent a breach of the WSR. This is incorrect. The prohibition of exporting waste from the EU Community applies regardless of where the waste is headed, and it will bring the Owner in compliance to show that the vessel will be scrapped at a “Hong Kong Convention compliant” yard.

This will also be the position once the SRR enters fully into force. There is no automatic acceptance of any “Hong Kong Convention compliant yard” into the European List.

Although compliance with the provisions found in the Hong Kong Convention is positive, this is not sufficient in order to comply with neither the WSR nor the SRR.

The law concerning ship recycling and demolition is complex and must take into account its international character. As both the SRR and WSR set minimum standards, one may also experience that stricter requirements may be imposed in certain jurisdictions. The risks associated with non-compliance may be severe- as recently demonstrated in the Netherlands, so shipowners must exercise great caution when taking decisions regarding the recycling of their vessels. It must be recognized that information about ships being sent to beaches in South East Asia is readily available in today’s transparent world. Thus, the best course of action is to seek timely legal advice. In this regard, we stand ready to assist.

[2] In this article, we study the SRR and WSR respectively. If the vessel is neither flying the flag of an EU Member State, nor present in the waters of an EU Member State when the decision is made for the vessel to be scrapped (and will not transit through such waters), then the SRR and WSR are both inapplicable. In such circumstances, due attention must be given to the Basel Convention to see whether the exporting country is a party.

[4] As of the date of this Circular, all pre-approved yards are located within the EU Community.